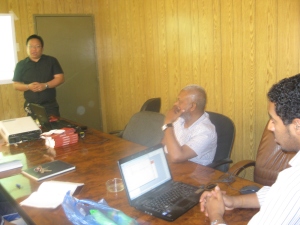 I recently conducted a two-day training with two companies in the middle of a job site. We did the training in one of the office bunkers for the project in North of Riyadh for a 300 Beds Hospital complex. I had the pleasure of being invited by Al-Jabreen Contracting Company and Otaishan Consulting Company to give them an overview of the Basics of Lighting and DIALux User Training.

From Lumen Method to DIALux Results to 3D Rendering

It was attended by interns, electrical engineers, head of architectural design and the consultant himself. Initially, they only required DIALux overview but since most of them are not familiar with lighting and its application, I ventured to give them a quick crash course into the Basics of Lighting.

Most of the time these engineers are uninterested in learning software like DIALux as they feel that these are jobs for draftsmen so on the first day, I also took them through a manual calculation exercise using The Lumen Method afterwhich we verified the solution by applying it to DIALux. All of them was pleased to see that the manual calculation and the software do show accuracy in its results. Also the indoor rendering got their attention that the consultant immediately went to his superior to tell what he missed. At the end of first day, the head of the consultant told me that he regret not attending the training and sure would not want to miss the second day training.

At the second day, I dwelt further in the differentiation of lumens, candelas, lux, candela per square meter, etc as well as some 3D works and rendering in DIALux. All of them were awed at seeing that you can make water reflection look realistic within DIALux. 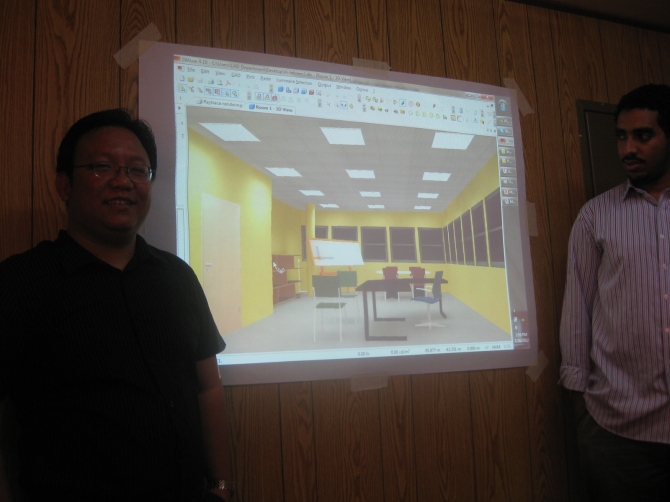 It was a lecture well received and feedback forms returned with excellent comments.